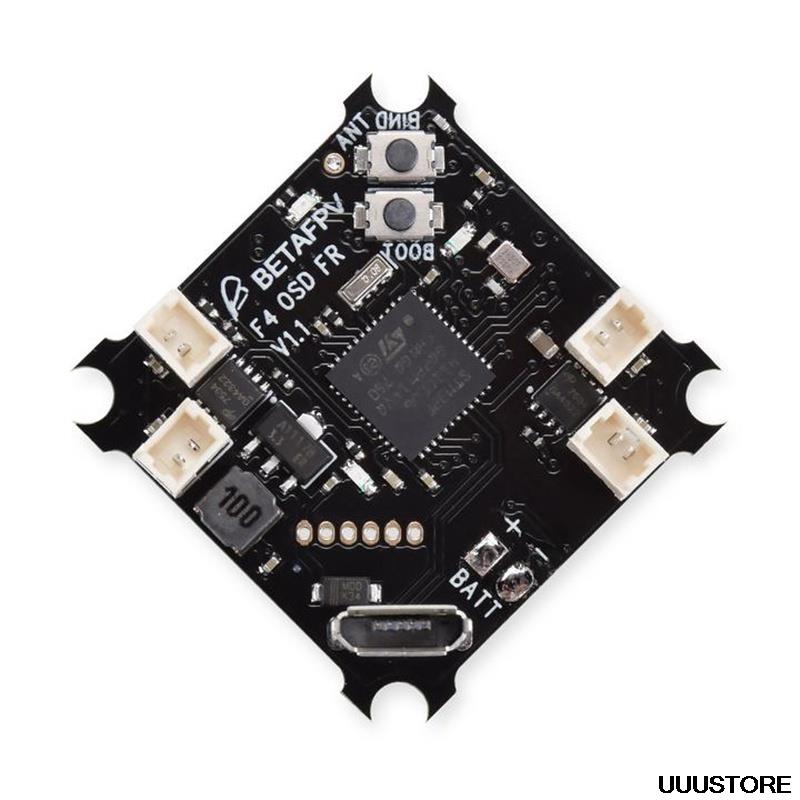 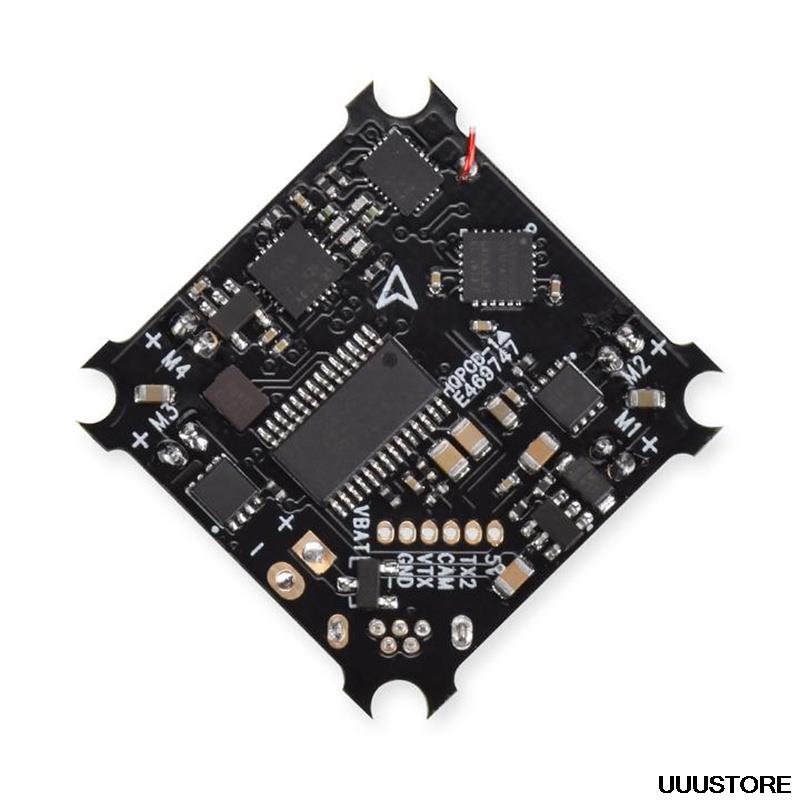 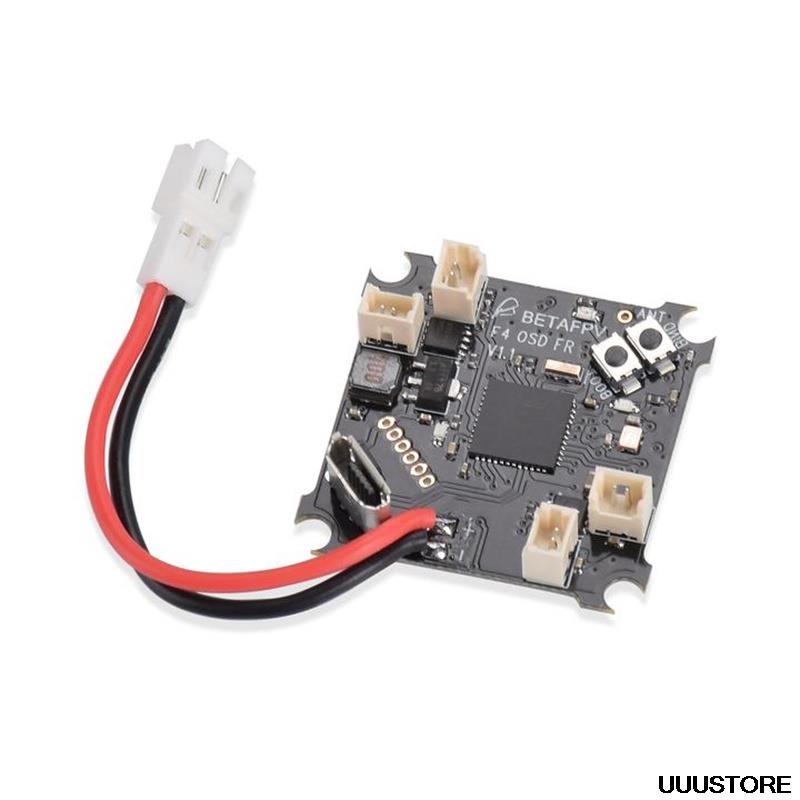 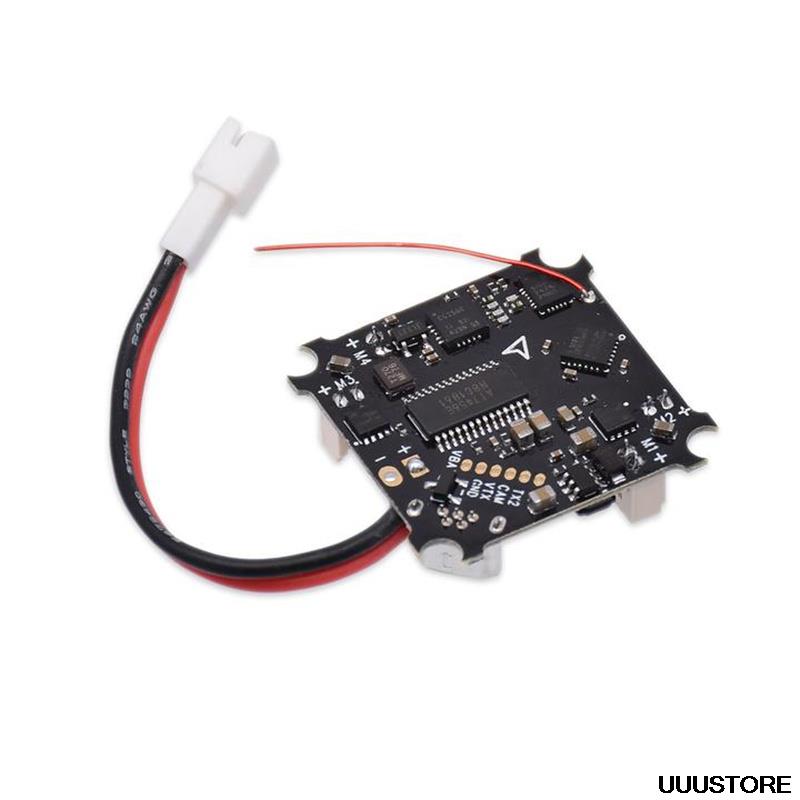 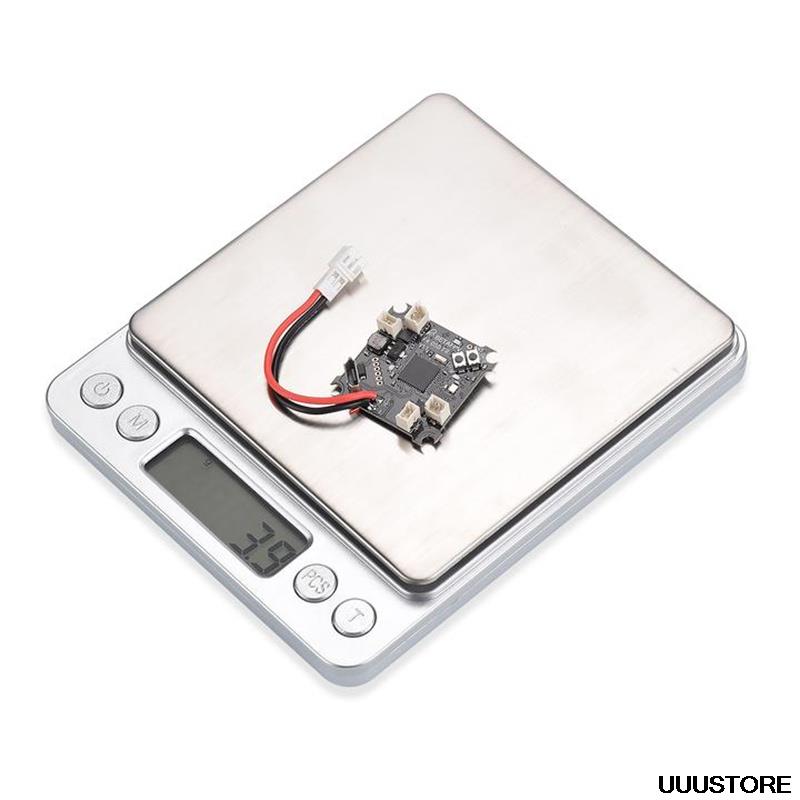 Here is a review video made by Mr ShutterBug. (The FC that Mr Shutterbug reviews is the original version, the position of the BOOT pad is different from the latest version)

A smooth and thrilled flying in the forest and detailed explanation of F4 brushed fc. 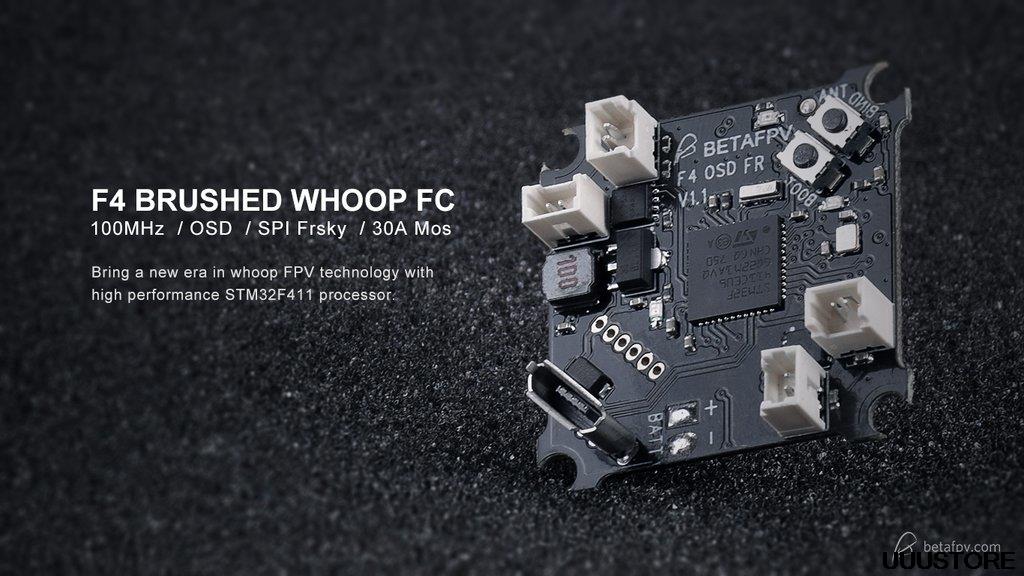 30A continuous drain current MOSFET. Lower to 8.5mΩ inner resistance value (4.5V). It has a noticeable power improvement in low battery voltage status or with 8×20/8.5×20 motors. 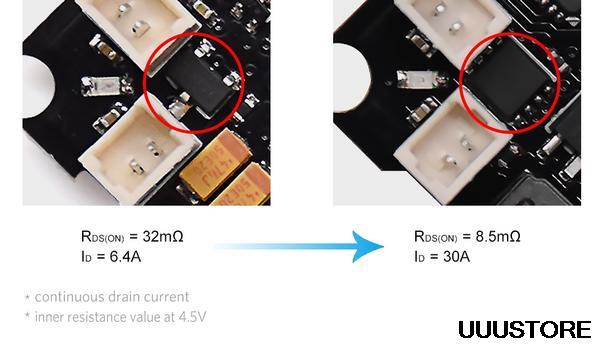 TX1 is available for VTX control. You could change VTX settings such as channel and output power in your Betaflight OSD or using your Taranis LUA Script. Here is the diagram when using the TBS Unify PRO Nano 5.8G VTX. 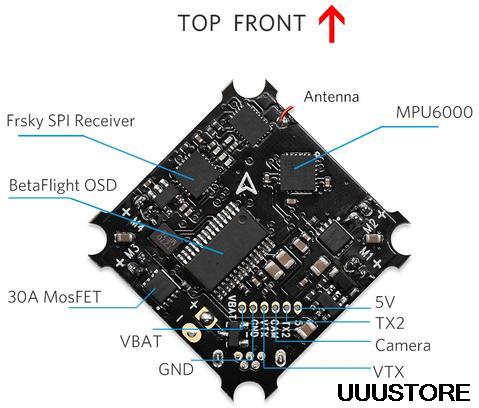 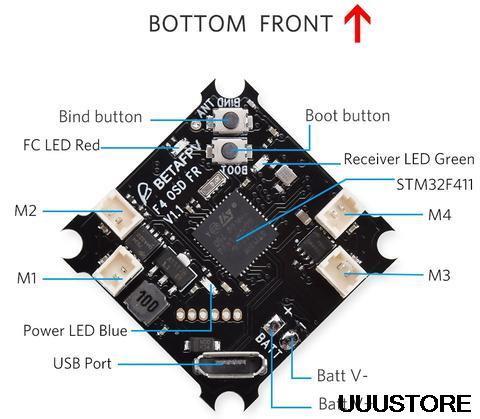 Betaflight OSD (on screen display) is integrated in BETAFPV F4 brushed flight controllers that shows important flight data on your FPV feed, such as battery voltage, current draw and much more. You can even use it as a menu to change your quad’s PID, rates, filters and other settings.

How would do an OSD with the AIO cameras? 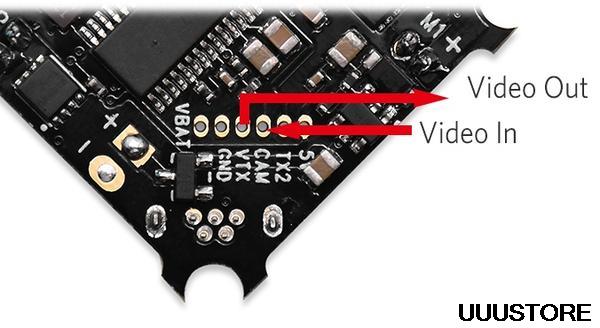 Tips: There is no current sensor on the FC boards. So the amperage value on the OSD is invalid.

There are 3 LEDs on the bottom of the board to indicate the status, including Receiver LED ( Green), FC Status LED ( Red ) and FC Power LED ( Blue ).

The binding procedure is reversed as usual. No need to click the bind button when power on.

Some pilots would complaint that it is definitely not a long range FC. It looses signal with my transmitter far too often and for what appears to be no reason. This issue is often caused by the location of the antenna. You should keep the antenna away from the FC board to get a stronger signal. For example, run the singal upwards. Thanks for Harley Finberg’s advice. 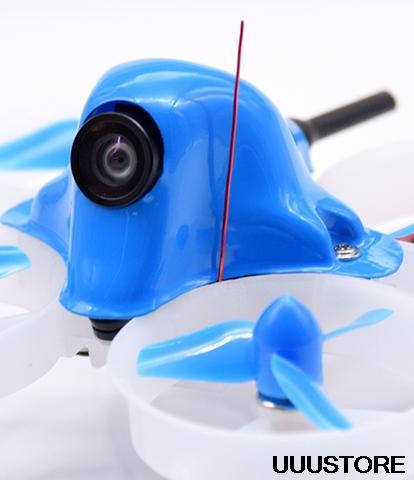 The mounting pattern of this board is compatible with all the Tiny Whoop airframes, like the original stock Blade Inductrix frame or the Beta75 75mm frame. For other frames like Eachine E010 or E011, a little bit modify is need. 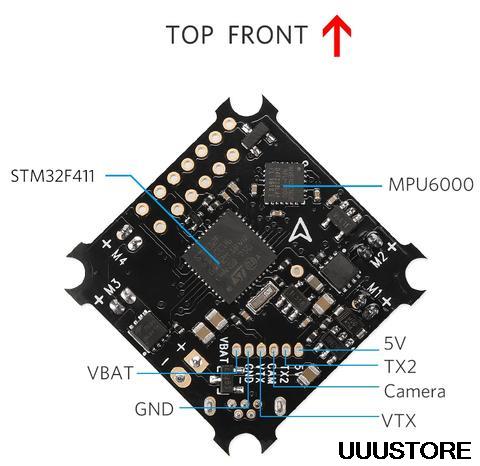 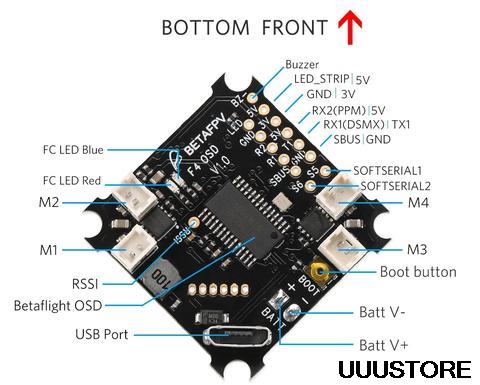